Japan’s most anticipated white collar criminal trial of the 21st century will begin in Tokyo on Tuesday, but with the glaring absence of its central figure: Carlos Ghosn, the former Nissan chairman and once the country’s most famous business leader.

Mr Ghosn, who remains the subject of an international arrest warrant and extradition row, skipped bail and fled from Tokyo to Beirut in December, escaping a trial process his lawyers warned would take years and which he claimed would not deliver justice.

The expected courtroom spectacle this week will instead focus on Greg Kelly, Mr Ghosn’s former right-hand man. The American lawyer is accused of helping the former chairman conceal the true scale of his salary through a deferred payment system. The trial’s initial roster of witness statements alone is scheduled to last until July.

The decision by prosecutors and the Tokyo District Court to push ahead with the trial despite the absence of Mr Ghosn means Mr Kelly has been kept in Japan under a combination of custody and bail for nearly two years.

“Can you imagine being forced to be away from your family for two years?” Mr Kelly told state broadcaster NHK ahead of the trial. “So these two grandsons, one is nine months old. I’ve never met him,” he added, showing a picture on his mobile phone.

Carlos Ghosn fled Tokyo for Beirut last December in a clandestine plot, after claiming that he would not receive a fair trail in Japan © AP

The trial is expected to have explosive episodes, despite being centred on what legal experts say are finely-nuanced matters of legal interpretation on pay disclosure. The downfall of Mr Ghosn, who was also chief executive of France’s Renault, has unleashed multiple waves of speculation over the motives behind his arrest and the decision of key executives at Nissan to collude with prosecutors rather than dealing with matters internally.

Mr Ghosn has denied all charges of financial misconduct, claiming he was the victim of a conspiracy between Nissan, prosecutors and the Japanese government after his attempt to fully merge the Japanese carmaker with its partner Renault.

The list of current and former Nissan executives set to provide evidence includes many who have been entirely silent since Mr Ghosn and Mr Kelly’s arrests on the same day in November 2018. The trial, which will be intensely scrutinised both in Japan and around the world, will hear testimony from Hari Nada, Nissan’s former head of legal affairs, whom Mr Ghosn and his supporters believe orchestrated a plot that eventually led to the former chairman’s downfall.

It was also Mr Nada who arranged for a private jet to take Mr Kelly to Japan two years ago, promising he would be able to return to his home in Tennessee in time to have planned neck surgery for a spinal ailment, according to people familiar with the matter. Instead, Mr Kelly, who will turn 64 on the day the trial kicks off, was arrested at the airport, spent five weeks in detention before being released on bail and faces his much delayed trial with his key witness gone.

Mr Ghosn, Mr Kelly and Nissan have been charged with violating Japanese law by failing to include in financial documents ¥9.2bn ($87m) in deferred compensation that the former chairman was set to receive over an eight-year period.

The Japanese carmaker will also stand trial as a defendant but people close to the company said it would plead guilty and is unlikely to challenge evidence presented by Tokyo prosecutors.

Two of its senior officials, including Mr Nada, have signed a plea bargain with prosecutors in exchange for sharing the results of its internal investigation where it found evidence that its former boss had used company funds for his personal benefit. Nissan and Mr Nada declined to comment.

Yoichi Kitamura, Mr Kelly’s Tokyo-based lawyer, said he would plead innocence and stand firmly by his previous claims that the disclosure of Mr Ghosn’s compensation was made legally in consultation with external experts. If found guilty, Mr Kelly could face up to a decade in prison. 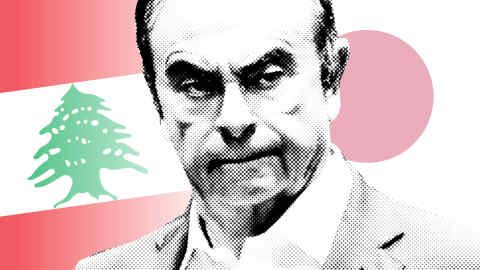 “All he wants now is for the trial to be done quickly and to be found innocent,” Mr Kitamura said.

Legal experts say the outcome of the trial for Mr Kelly and Nissan, with the intense global scrutiny it has drawn, is expected to have a lasting impact both on Japan’s justice system and the way companies handle executive compensation.

The trial is expected to focus on evidence prosecutors will present to show there was a formal agreement with Nissan about Mr Ghosn’s deferred payment scheme.

“With Nissan executives having signed a plea bargain, they will likely say similar things, and the challenge is to find people who can testify from a neutral position,” said Tomoyuki Mizuno, a former judge who is now a professor at Hosei University.

“Whether this trial produces a judgment that is widely acceptable will be testimony to whether Japanese courts live up to international standards,” Mr Mizuno said.